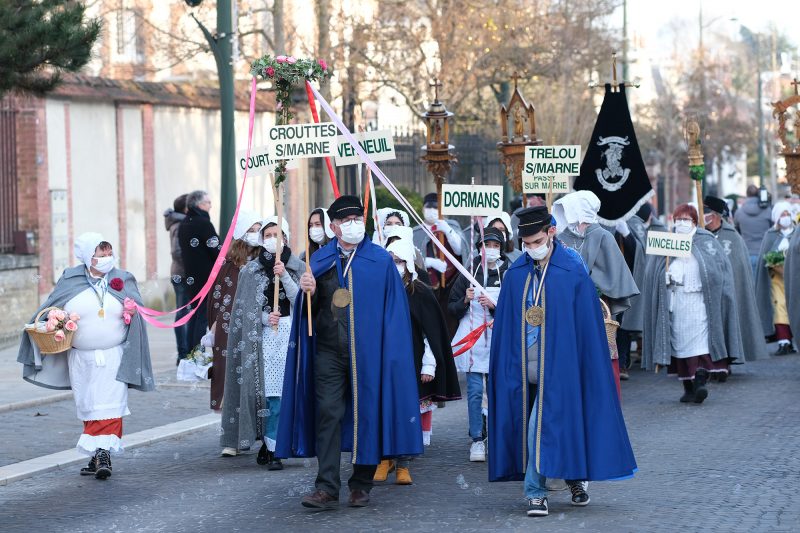 On January 22, Winegrowers and Champagne Houses join together in their village to celebrate the feast of St Vincent, the patron saint of Winemakers. The day falls at an ideal time of year while the vines are at rest, giving participants a day to give thanks and reflect on the previous year’s harvest and commit to the coming year and patronage to St Vincent.

Each year the Confréries Saint-Vincent and champagne houses from 319 villages meet for a grand traditional parade in old-fashioned costumes through the streets and concludes with a mass at a rotating location. This years parade was hosted on January 15th by Ville d’Epernay where the parade first originated in the 1930s. The grand parade travelled along the Avenue de Champagne and concluded with a mass. Next year’s festivities will be hosted in the Ville de Château-Thierry.

Read on for more information on Saint Vincent and images from this years parade. We wish all Champagne professionals a Happy Saint Vincent Day! 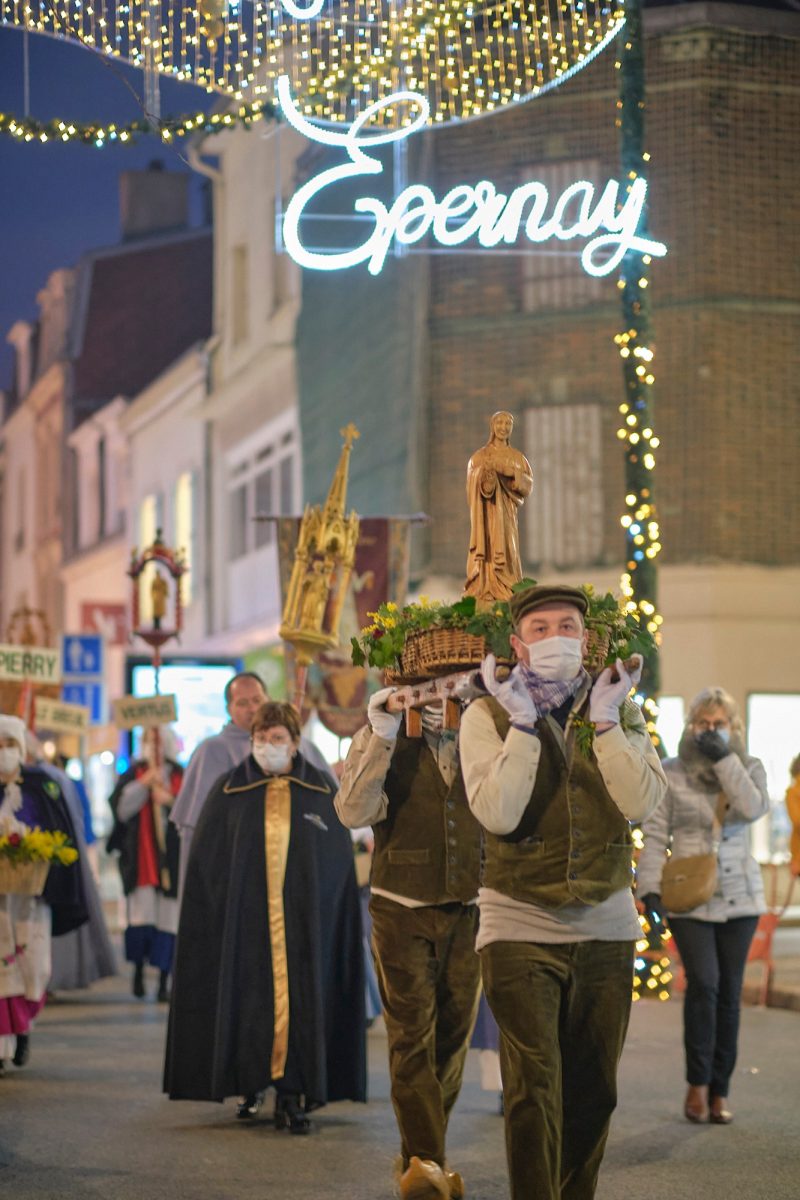 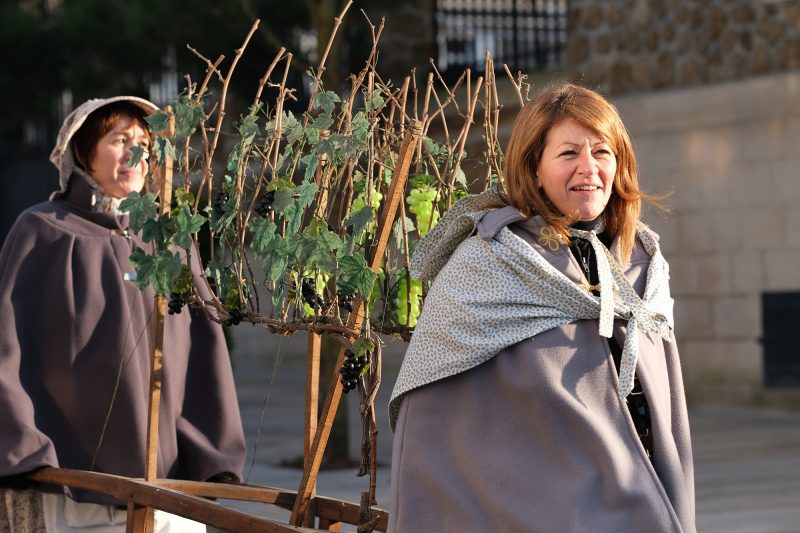 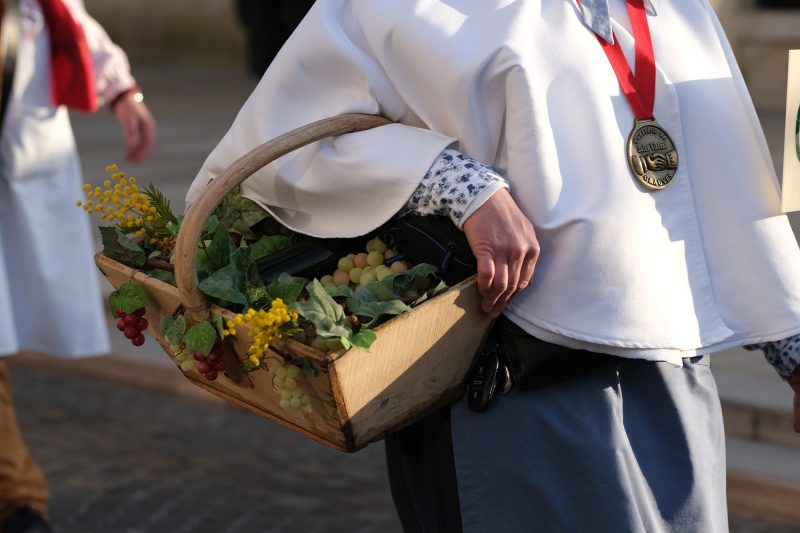 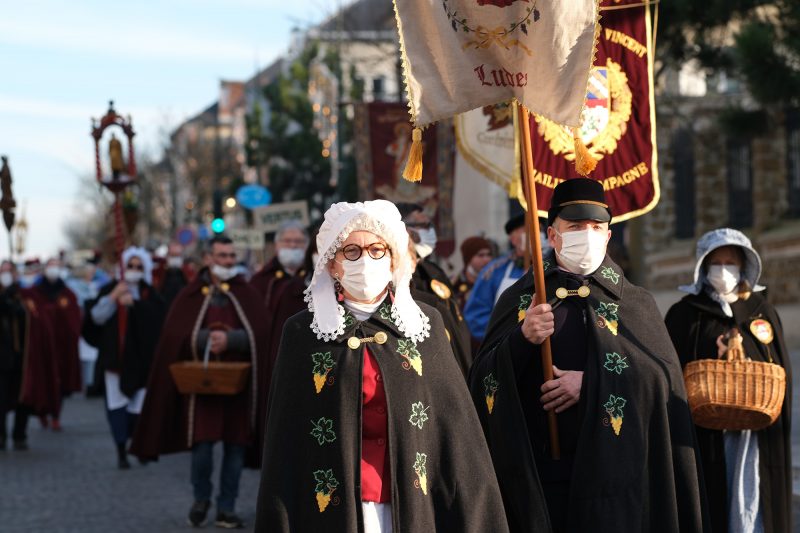 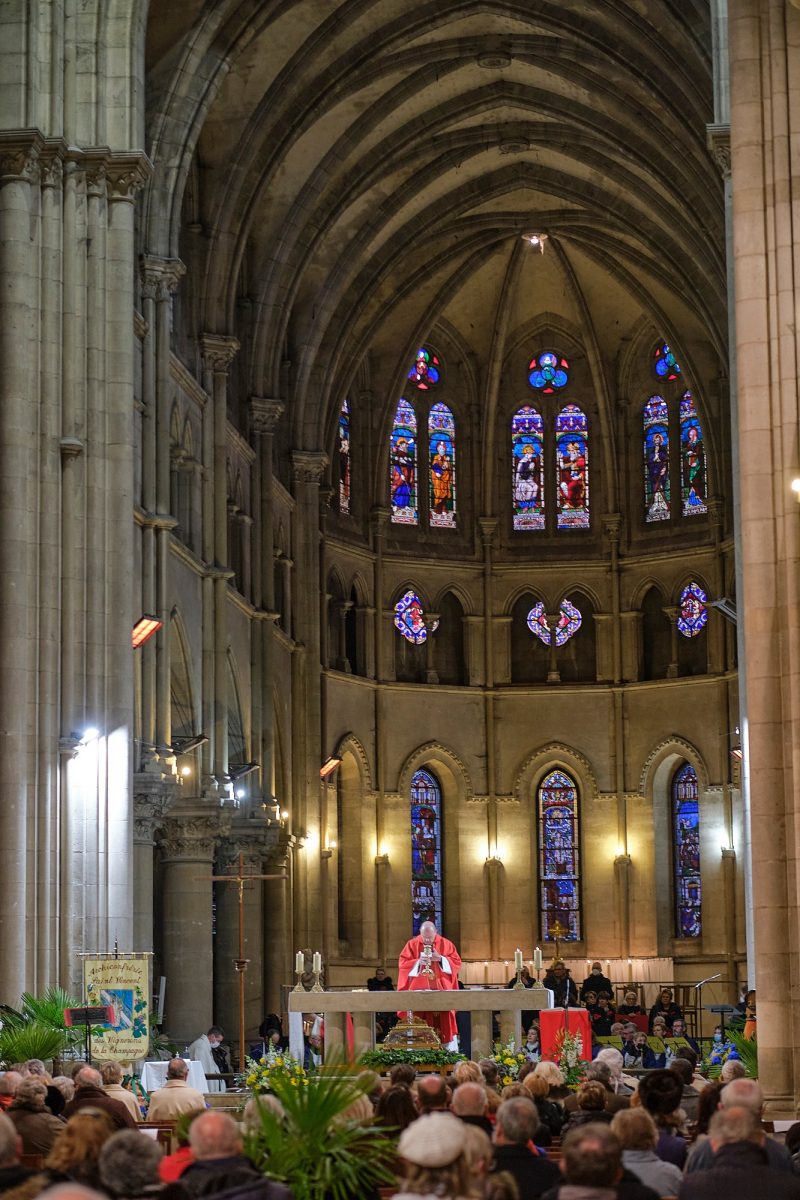 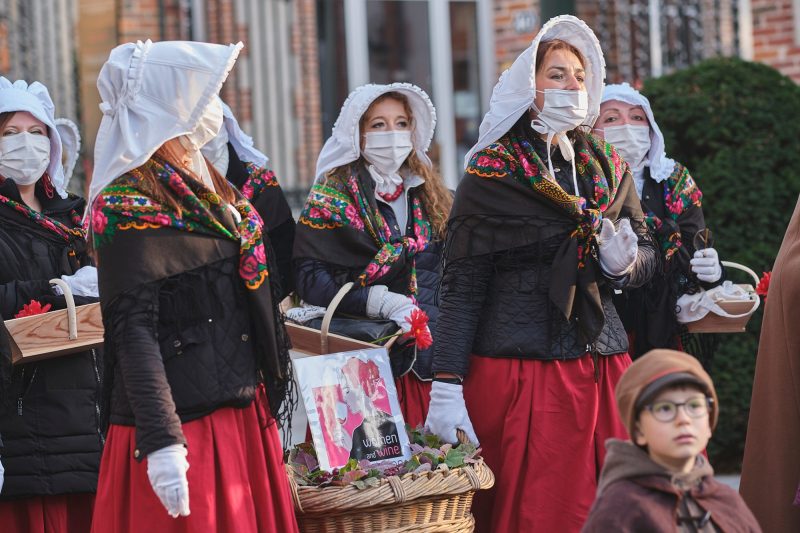 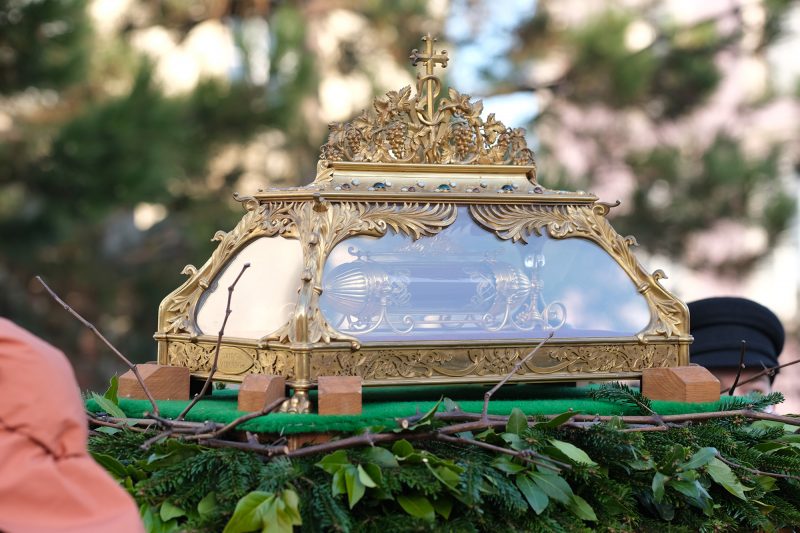 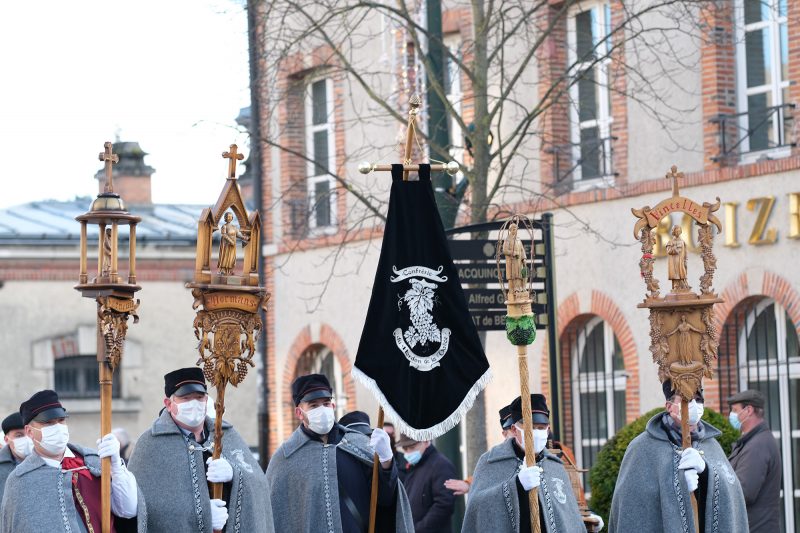 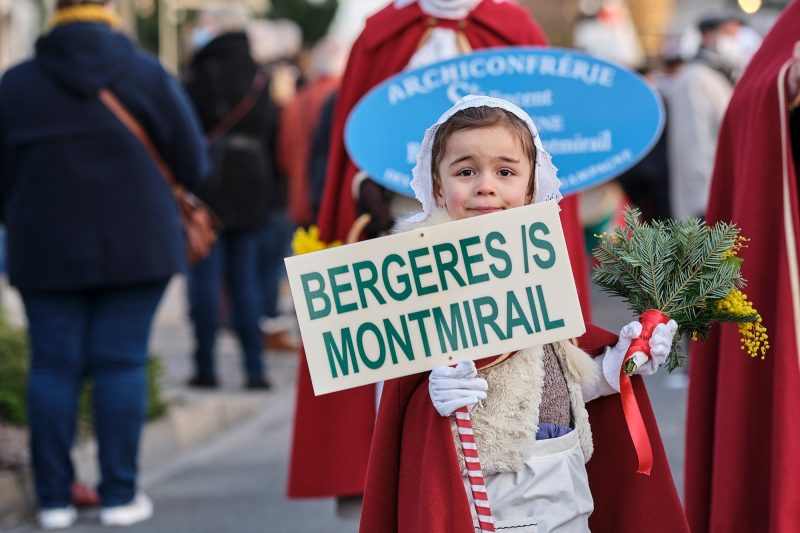 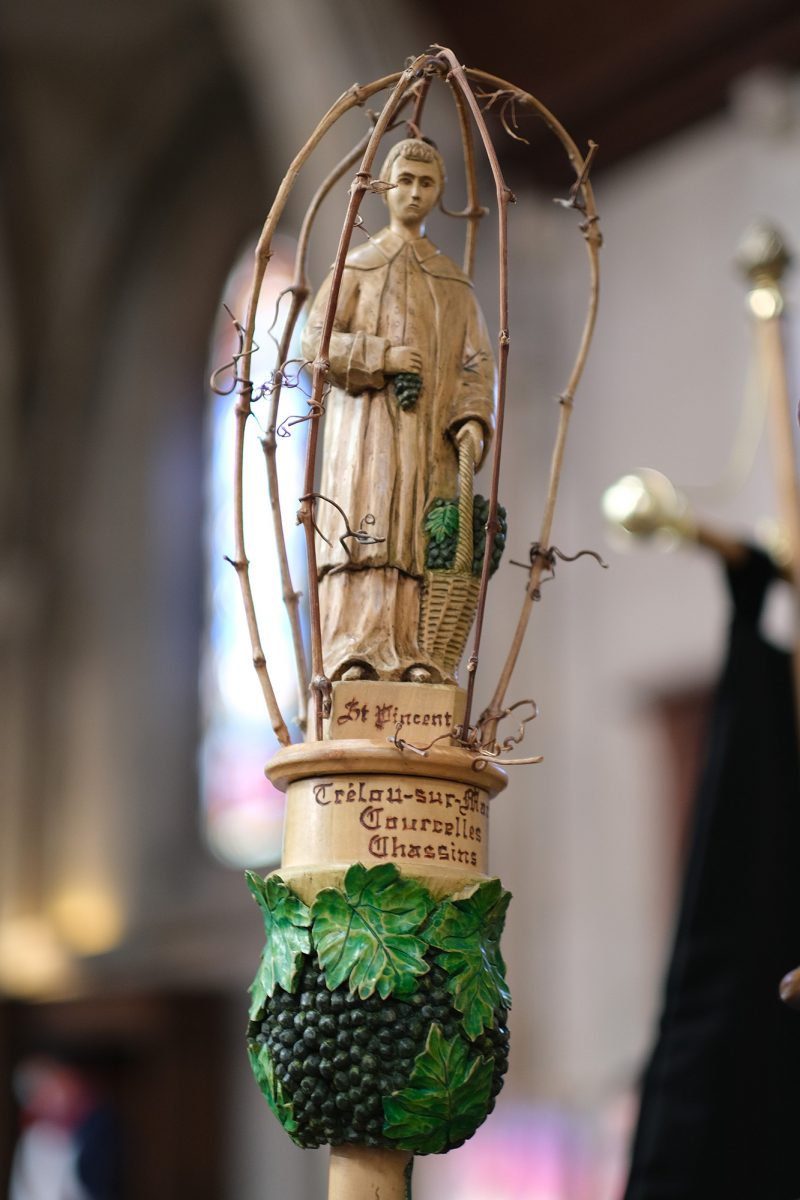 Why is Saint Vincent, patron saint of winegrowers?

Vincent (of Zaragoza) is a famous Saint, a Spanish deacon and martyr from the  4th century. He preached under the Roman Empire at a time when the emperors Diocletian, and then Maximilian, persecuted the Christians massively. In 304, Vincent was sentenced to death and tortured on a wine press chest. This on is explanation why he became the saint patron of vintners as a symbol of the blood having flown on the press instead of wine, with a play of words in French: “vin” meaning wine +”sang” meaning blood.

Another legend has it that Vincent, stopped on a Spring day by a vineyard to chat with the vintner. His donkey grazed some vine shoots and the vines thus “pruned” later yielded an excellent harvest.

More pragmatically, Saint Vincent is celebrated on 22 January, an ideal time between vinification and pruning, when the vine and the vintners are at rest and when the pruning season gently starts and winegrowers go back to work in the vineyard. This date marks for the vine, the end of winter rest. Traditionally pruning starts on the 22 January, Saint Vincent’s day. On that day the vine grower goes to his vineyard early in the morning and prunes just one symbolic vine. He “listens to the sap” and takes home with him a shoot that will give an indication (depending on how it grows) of the future montre (the quantity of grapes that may be expected).

How is Saint Vincent celebrated?

Saint Vincent is celebrated throughout the wine regions of France, and also Spain and Italy. The St Vincent festival is where Champagne growers and houses gather together to give thanks for last year’s harvest and pray for a good growing season in the name of St Vincent, patron saint of winemakers.

Each village in Champagne celebrates its Saint Vincent. Since 1991, in addition to these local celebrations, the Fraternity Saint-Vincent organizes a festival in one of the major cities of Champagne where representatives of villages will parade and all gather at the church for the mass.

A typical celebration program for the fête de la Saint-Vincent will organized by the ‘Archiconfrérie Saint-Vincent’, a winegrowing fraternity that brought together some one hundred Champagne brotherhoods across 320 winegrowing villages  – it is also celebrated throughout Champagne probably because just about everybody seems to have vines or have a family member who works in the wine industry.

A typical program of the celebration will be as follows:

In the cold humid weather, participants parade to the church in bright and proud moods. The celebration of St Vincent is very much rooted in tradition and it seems the format seems to be the same has changed very little over generations. In general one of the winegrowers in the village, who is a member of the Confrérie (or fraternity of winegrowers), offers a barrel of wine for the festivities and most of the village will gather at his place at the start of the day. From here, a procession will weave it’s way through the village to the church. The parade is headed by the members of the brotherhood, and a brass band and inhabitants of the village, often dressed up in traditional clothing will follow. A statue of St Vincent, the barrel of wine as well as a wee tower of brioches, are carried through the village. A church service, where the village gives thanks for last vintage and prays for a good vintage this year follows. During the service, the barrel of wine and the brioches are blessed and the services often resembles a party as there is a lot of music and songs performed by the brass bands and or a choir. After the service, the parade continues direction village hall, where the mayor will discuss highlights of the year that was, before the head of the Confrérie hands out several viticultural awards. After the speeches it’s time for a wee drink – which once upon a time came from the blessed barrel, but since has been replaced by bottles of Champagne and a piece of the blessed brioche. Festivities continue with an elaborate lunch and a dinner dance which goes on till the wee hours of the morning.

The parade generally starts with a music band preceeded by the Saint Vincent “baton”, a piece of carved wood with a carved statue of Saint Vincent. Then come the children and adolescents dressed in traditional costumes, followed by personalities and representatives of each village. In the parade wine growers and wine makers alike will be carrying wine-growing and wine-making tools placed on decorated wooden stretchers plus the wine barrels and the piles of “brioche” (stacked sweet bread) that will be presented to the Priest for benediction, and shared at the end of the church service.

Afterwards, everybody gets together to drink champagne!

Celebrations remained a strictly local affair until 1991, when they became the grand ceremony it is today. In that year, Epernay joined the ranks of great French festivals thanks to some inspired thinking by Brigitte Chandon-Moët, Jean-Paul Médard and Michel Janisson (president of the Epernay brotherhood).
These days the festival regularly ‘relocates’ to other places in Champagne: for instance, Reims in 1998 and 2007 (celebrated first at Reims Cathedral then at the St Rémi Basilica) and Troyes in 2000, 2010 and 2019.