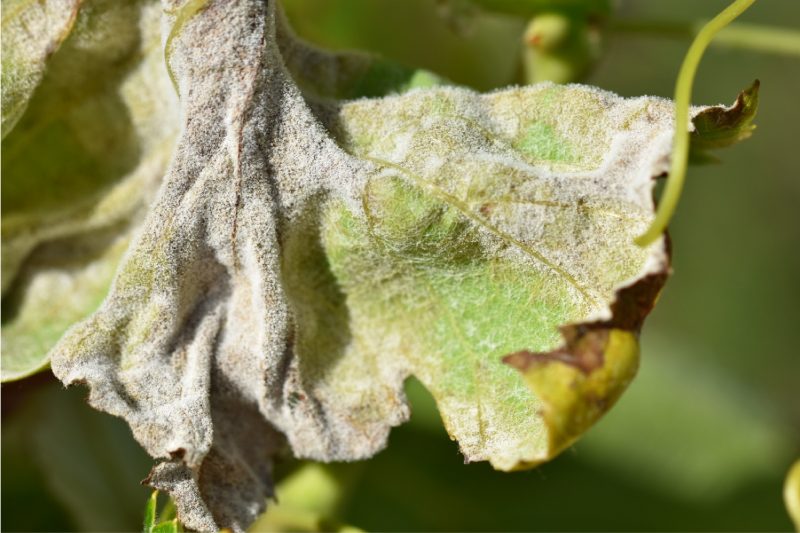 Extreme weather events brought with climate change are a great risk for viticulture in Champagne. Happening right now are the unusually heavy rainfalls. With 100 mm of continuous rainfall between 12 and 15 July, Champagne received the equivalent of the rainfalls of one Spring month in only three days.

As a result, mildew have settled in and been rampant in the vineyards. The areas around Bar-sur-Seine, the Côte des Blancs and the Sézannais, which had been less affected than others, are also beginning to be impacted. Some vineyards will not be able to harvest this year.

“Organic farmers are particularly affected, comments Boris Bression from Champagne Bression-Lourdeaux. However, even if some are thinking about stopping organic farming, we need to be persistent, as it is the right thing to do for our soils.”

Organic viticulture in Champagne represented less than 3% of growers until 2020. This number is expected to have grown when the organic certifications dates arrive in the fourth quarter of this year. Organic farmers have all lost most if not all their harvest due to the heavy rains.

In both cases of organic and sustainably certified farming practices, growers need to spray their vineyards to avoid mildew, which remedies are washed out after such intense rains. As Boris Bression comments, we work on more resistant natural sprays, but nothing withstands such heavy rainfalls.

Some light in this uncertain weather predictions is the sustainable farming practices have limited the devastating effects of such weather events. In particular, the annual growing of vine supportive cover crops – grass and shrubs – with deep roots limit soil erosion and increase carbon sequestration. Reduced tillage practices have also helped. Deep, frequent tillage create a layer of compact soil vulnerable to water erosion, topped by loose soil easily removed by wind. Sustainable certification practices require that tillage is reduced, and that soil crop coverage is maintained.

We wish our champagne growers well and are attentive to the next few weeks, in hope that the effects of the recent rainfalls still allow them to have a decent harvest. Our thoughts are with them and with those who have suffered from the devastating floods in Europe.

Definition – What does Downy Mildew mean?

Downy mildew is a common term used in viticulture to describe a water mold that infects grapevines, it is also known as plasmopara viticola. Water molds infect grapevines during the spring and early summer when there is heavy rainfall, or it can affect them when moisture is trapped on vines that are overgrown and not being managed properly. Downy mildew appears on the grapevine leaf as yellow patches and turn reddish-brown as the mold grows and harms the grapevine.

Downy mildew is caused by the spores of the water mold, plasmopara viticola. Downy mildew is most common during the warm rainy months of spring. It can also be caused by saturated soil, and improper irrigation practices that splash water onto the vine. Once downy mildew infects the vine, it grows and releases spores that spread throughout the vine and other vines; it can also spread itself through water, which is how downy mildew can become epidemic in a vineyard in wet conditions.

The leaves of the vine are the first to show signs of infection. Initially, the downy mildew appears as yellow spots and gradually change to shades of red and brown; it can cause necrotic spots on the leaves. Downy mildew interferes with the vines ability to photosynthesize and will lead to leaf drop, which means the plant loses energy and nutrients, the mildew can also infect the grapes and lead to low yields and poor grape quality.

Keeping downy mildew out of the vineyard is difficult, as vineyard managers cannot control rainfall, however, they can implement good viticulture practices to reduce the risk of infection. Minimizing downy mildew requires effective canopy management and ensuring that water is not splashed from the ground onto the vine. The mold spores can exist in the ground and withstand the cold temperatures of the winter. Spores germinate in the spring and that is the time of greatest risk of infection.